It seems that everyone nowadays has a smartphone. Whether it is your grandmother learning how to text, or your niece and nephew taking selfies during Christmas dinner, smartphones have become a detail of our everyday life. As a result, smartphone manufacturers are struggling to impress consumers with their latest products. Even Apple’s once-anticipated product launches have become weirdly anticlimactic in recent years.

Engineers from tech giant Lenovo have recently released a prototype of a bendable smartphone, and consumers all over the world are thrilled. Instead of having a rigid, rectangular phone, you’ll be able to wear your phone on your wrist, fold it in half, and fit it into the smallest of pockets.

Earlier this year, Lenovo demonstrated their new flexible phone at a technology convention, and numerous other tech companies are rushing to see if they can build something relatively similar. This rush to be number one in the smartphone industry isn’t new; however, the engineering behind the bendable smartphone is quite unique.

As VR Zone explains, “The ability to not only fold but flex your handphones is not only visually cool, but intellectually mind blowing as well. Why? Because electronic parts aren’t suppose to be bent, unless they have a hinge.”

But once the tech giants figure this out, the potential for success is huge. These phones will be able to be manufactured faster, making them cheaper to produce, and lower prices would entice customers to buy. Not only that, but the 3D surface will give consumers a whole new way to interact on their phone.

For now though, we are stuck with our stiff phones while we wait for the smartphones of the future. Fortunately, PCB fabrication has come a long way in the smartphone era, so hopefully consumers won’t have to wait too long. 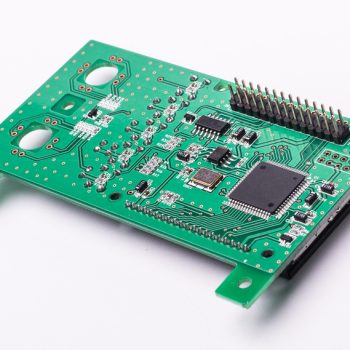 In our previous post, we explained some common definitions that are used in the manufacturing…

Circuit board prototyping is a great way to launch into the field of electronic engineering.…