Prototype printed circuit boards are necessary components in anything electronic, from old computers to mobile phones to televisions. These little circuits are extremely powerful and can be quite thick, but the problem that has faced many manufacturers is the fact that they cannot be recycled. There are so many different metals and materials in one prototype PCB that engineers worldwide have been stumped on what to do.

However, Chinese engineers have recently come up with a method to finally recycle these components. Researchers at the Shanghai Jiao Tong University in China have developed a system that grinds used prototype circuit boards and uses a high voltage electric field to separate the metallic materials from the non-metallic ones. At the end of their journey, the PCBs are pulverized to less than 1mm in diameter.

Once the metals are ground up, the metals can be recovered by a fractional distillation vacuum. The non-metal parts are then compressed into plaques to be used as construction material. Their goal is to prevent toxic fumes from entering into the atmosphere as melted copper — an ingredient present in many PCBs — emits toxic fumes when it melts.

The researchers tested their technique with over 880 pounds of prototype PCBs that were collected around the country from household waste.

China isn’t the only country to develop exciting new recycling practices for circuit boards. Researchers at Scotland’sEdinburgh University have also come up with a way of recycling the metal components on prototype PCBs, but they are focusing on gold.

Generally, certain areas on a circuit board may be gold plated for use as contact pads or as a ROHS-compliant board finish. On an average PCB there is normally only a thin gold plating, however, thicker gold plating is required for larger, 50um contact boards.

In fact, as much as 7% of the world’s gold can be found in printed circuit boards, so the Edinburgh engineers have developed a simple extraction method with hopes of salvaging up to 300 tons of this valuable material.

The process is simple. The PCB is placed in a mild acid, which will dissolve their metal parts. Then a toluene solvent is added to the mix, which extracts gold from the mixture. This process is seen as a success as it does not use the harsh chemicals that are found in current methods.

So the next time you have a circuit board, consider going to lengths to recycle it. Mother nature will thank you. 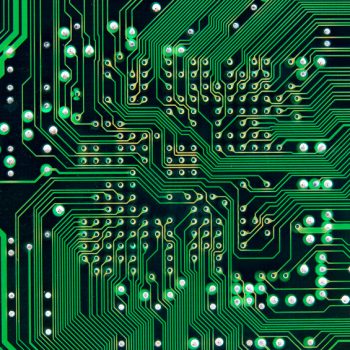 Easy PCB Assembly Tips and Tricks That Will Help Any Beginner

If you are designing a prototype circuit board, then there are a few general rules…