Each and every single printed circuit board is created for a specific purpose, with a PCB layout that is tediously and specially crafted together with the board’s purpose in mind. One of the most important components of a prototype printed PCB is their base material.

Usually, the base is made of a type of fiberglass material. In fact, rigid and flexible printed circuit boards have been commonplace since the Auto-Sembly process was developed by the United States Army in the mid-1950s, and nearly all rigid boards were made from fiberglass until very recently. However, there have been some new developments within the world of circuit board prototyping. In some cases, the core base material is made from metal.

Also known as aluminum PCBs, these circuit boards are quite interesting. Here’s an intro guide to working with these metal core PCBs.

These PCBs don’t vary that much in their structure from traditional printed PCBs, and the metal is comprised of a combination of aluminum, magnesium, and silumin. A typical metal core PCB layout includes:

The top layer: Soldermask
The second layer: Circuit layer, which is copper foil
The third layer: Dielectric layer
The base layer: The aluminum combination described above There are plenty of advantages of choosing this specific type of PCB and PCB assembly. They include:

Metal core PCBs are becoming more common in the world of PCBs, and they are quite complex. Interested in using a metal core base in your next circuit board prototype? Feel free to get in touch with our professional PCB assembly experts today. Because when it comes to new PCB assembly innovations, we always want our customers to be in the know. 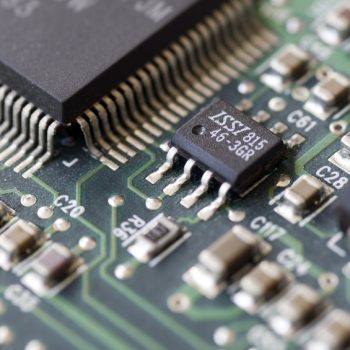 The Myth of the 3D Printed Circuit Board